Bicyclist Killed in Hit-And-Run Accident in Lafayette, Indiana
May 28, 2013

Another Indiana cyclist fell victim to a fatal bicycle accident in Lafayette, Indiana on May 14, 2013. The victim, Rodney Smith, was riding his bike south on North Ninth Street, near Davis Ferry Park, when he was struck by a Nissan SUV. According to the Tippecanoe County Sheriff’s Office, the driver of the Nissan is suspected to be Gregorio Felipe, who, according to witnesses, stepped out of his car, walked over to Rodney Smith, and then got back in his vehicle and fled the scene.  This is an area near the banks of the Wabash River, where many cyclists ride daily when the weather is nice. Unfortunately, the bicycle injuries sustained by Rodney Smith were too severe, and he eventually died from the bike collision. 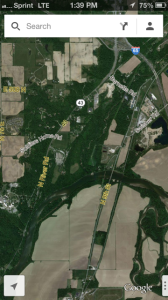 This unfortunate news comes at a time when West Lafayette, Indiana is in the initial phase of establishing the increasingly popular “3 foot rule.” This local ordinance requires motorists to leave at least 3 feet, or 36 inches, of space when passing a bicyclist on a roadway. Other Indiana cities, including Indianapolis, South Bend, and Fort Wayne, have recently adopted this rule in hopes that it will decrease bicycle accidents along local streets. The Indiana Bicycle Lawyers at Caress Law Group applaud the City of West Lafayette in passing this ordinance, which will go to its final vote on June 3, 2013. Often times, college towns have very heavy bicycle traffic; as a result, with many Purdue students biking to and from class, West Lafayette is the perfect place for the “3 foot rule” ordinance to be adopted.

Caress Law Group’s Indiana Bicycle Accident Lawyers are saddened to report the death of a fellow bicyclist in Mr. Rodney Smith. As we like to emphasize to motorists: please be careful when driving and be sure to check your mirrors before turning. We are optimistic that new progress in Indiana bicycle rule-making, like the “3 foot rule,” will prevent sad news like this from occurring frequently in the future. Please know that if you are a loved one has been killed or injured in a bicycle accident at Purdue University or anywhere else in Indiana, our practice is dedicated to resolving these matters for your family. Please Contact Us; we look forward to assisting you.