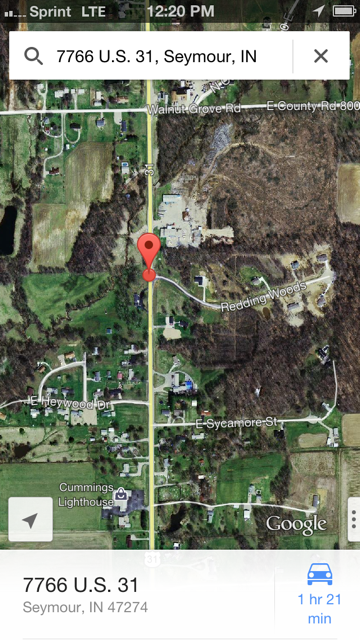 Indiana news sources report that 48 year-old Mark Crosby of North Vernon, Indiana has died as a result of injuries sustained in a bicycle vs. motor vehicle accident near Seymour, Jackson County, Indiana. The bicycle accident is reported to have occurred on U.S. 31 near Redding Woods.

According to sources, Mark Crosby was riding his bike northbound along U.S. 31 when a 2006 Dodge Status driven by 53 year-old Gary Hollin struck the bicycle, causing Crosby to be ejected from his bike. Sadly, Crosby was pronounced dead at the scene of the accident. According to the Indiana State Police, blood testing is required by law for any driver that is associated with a fatal automobile collision. According to the most recent reports, the results of this blood test are still pending and the bicycle crash remains under investigation.

Our thoughts and prayers go out to Mr. Crosby’s friends and family, particularly his wife and four young children. Unfortunate events like these are heart-breaking but can serve as a reminder to Indiana bicyclists just how exposed we are when we are riding near traffic. Even though there are currently no additional details about this bicycle accident, we encourage all cyclists to wear a helmet and be attentive at all times while biking, especially near traffic. We also strongly encourage pedestrians walking near traffic to remain aware of the environment around them so that they might be able to avoid a collision based on a driver’s negligence.

If you have any questions concerning this post, please do not hesitate to contact Caress Law Group’s Indiana bicycle accident lawyers Tim Caress or Lance Worland at any time at 317-255-5400. As cyclists themselves, they take great pride in providing Indiana bike users with biking news and insight.