The Indiana bicycle lawyers at Caress Law Group are saddened to echo reports of two serious bicycle accidents that left two Indianapolis teens severely injured – both occurring less than 24 hours of each other.

On an otherwise beautiful August day in Indiana, Hoosiers woke up to the news on August 17, 2013 that a 12 year-old Indianapolis boy had been struck by a motor vehicle while riding his bicycle near the intersection of Southeastern Avenue and Shortridge Drive in Indianapolis around 9 p.m. on August 16, 2013. It has been reported that emergency personnel arrived to the scene to find the young boy unconscious. As a result, he was immediately taken to Riley Hospital in critical condition. The 12 year-old boy sustained severe head trauma and doctors were doing their best to try to save one of the boy’s legs from having to be amputated.

To make matters worse, a second Indianapolis boy, this one 15 years-old, was struck by a motor vehicle near the intersection of Fall Creek Parkway and 30th Street in Indianapolis, Indiana around 3 p.m. on August 17, 2013. This boy was also unconscious when emergency personnel arrived on the scene, and he was also taken to Riley Hospital with multiple injuries, including head injuries. The vehicle that struck the 15 year-old bicyclist was a blue Volkswagen, but no other details have been released.

The Indianapolis bicycle accident lawyers at Caress Law Group send our sincerest thoughts and prayers to the young men severely injured in these bicycle crashes, as well as their family members and friends. Fortunately, the medical providers at Riley Hospital are some of the best in the nation and will certainly do all they can to mitigate these injuries so that these young adults can recover properly.

As Indiana’s premier bicycle lawyers, we at Caress Law Group have observed bicycle accident injuries in Indiana skyrocket this spring and summer. We urge all bicyclists and motor vehicles to be cautious on the roadways, particularly when crossing intersections. We will provide any updates on these boys’ injuries and will continue to do our best in advocating for victims of bicycle collisions throughout the State of Indiana. If you have any questions or if we can help you in any way, feel free to call 317-255-5400 or Contact Us for a free and easy conversation.

The bicycle accident attorneys at Caress Law Group are proud to reveal our new billboard located outside our office building at the intersection of 54th Street and College Avenue in Indianapolis! We are truly proud to be one of Indiana’s premier advocates for bicycle growth, safety, and legal representation. Whether you are located up north near South Bend, Fort Wayne, Valparaiso, Lafayette, or in the middle of the State near Indianapolis, Carmel, or Kokomo, down south near Evansville, New Albany, Jeffersonville, or Bloomington – or any where in between – we take great pride in calling ourselves bicycle lawyers and advocates, and we will always put our 100% effort into giving you or a loved one the best legal representation possible.

We truly want to help you, no matter the situation. If you ever have any question related to bicycle law or Indiana personal injury or medical malpractice law, feel free to call us at 317-255-5400 or Contact Us to submit an online inquiry. All consultations are quick, free, and easy. Ride safe! 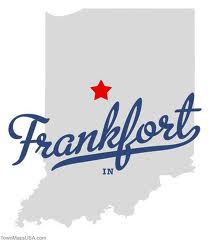 Indiana, like most states, has its own set of laws that apply to the use of bicycles within the State’s boundaries. Indiana’s bicycle laws are utilized as an attempt to ensure public safety for all those on the road: bikers, pedestrians, and automobiles alike. For that reason, Indiana has adopted a statute that requires anyone on a bicycle to have a bicycle bell installed on his or her bicycle. Specifically, Indiana Code § 9-21-11-8 provides, “A person may not ride a bicycle unless the bicycle is equipped with a bell or other device capable of giving a signal audible for a distance of at least one hundred (100) feet.”

Many bicyclists, even veteran ones, are not aware of the requirement to make sure their bicycle has a bell or other device. As you might imagine, the purpose of the Indiana legislature requiring the use of a bicycle bell is to promote public safety. Specifically, bicycle bells are useful in situations where you are trying to pass another cyclist or pedestrian or to give warning to a passer-by that you are approaching. Without the use of an audible device like a bell, the person you are attempting to pass may make a sudden movement or lane change at the same time you are attempting to pass them, which can lead to a bicycle collision with potentially serious injuries as a result.

Indiana Code § 9-21-11-8 goes on to also provide that “A bicycle may not be equipped with and a person may not use upon a bicycle a siren or whistle.” Clearly, there are safety hazards that are associated with both sirens and whistles. Sirens can be so loud that they may cause another biker to become startled and make a sudden movement, which could result in a bicycle crash. Whistles would necessitate a bicyclist to use his or her hands to lift the whistle to his or her mouth, which is a clear distraction hazard. Our bicycle accident lawyers recommend you simply purchase a small bell that will easily attach to your handlebars, as this will ensure a safe and law-abiding ride.

So, what is the consequence of riding a bicycle without a bell or other audible device? Other than jeopardizing your safety and the safety of other cyclists, if a law enforcement officer were to notice, you would commit a Class C infraction, which would result in a monetary fine. Additionally, if you were to be involved in a bicycle accident in Indiana without a bell or other audible device, and it was determined that this was a possible factor in causing the accident, you and your lawyer may find it difficult to prove liability on the part of the at-fault driver, cyclist, or pedestrian. This does not mean you do not have a case against the at-fault and/or his automobile insurance company, but it may have an effect on the distribution of liability since Indiana is a modified comparative fault state.

Caress Law Group’s Indiana Bicycle Lawyers want to make sure that you are safe and also protected when it comes to legal representation should you be involved in an Indiana bicycle accident. For the reason, we recommend you make sure your bicycle is equipped with a bell as required by Indiana law. If you or a loved one has been injured in a bicycle crash, you want to speak with an attorney who specializes in bicycle litigation in Indiana. We devote a portion of our practice to assisting victims of bicycle accidents and have over 20 years of handling such cases. We are happy to help by providing a free, easy, and informal consultation, just give us a call at 317-255-5400 or submit an online inquiry by clicking here. We look forward to hearing from you!

The City of Richmond and all who knew Darrell Smith are mourning the loss of a resident who loved to ride his bike. On August 5, 2013, Darrell Smith was riding his bicycle along U.S. 40 near Dunreith, Indiana, located in Henry County, Indiana, when he was struck from behind by a vehicle being driven by 28 year-old Jonathan Wright of Knightstown, Indiana. The Henry County coroner pronounced Darrell Smith deceased at the scene of the bicycle crash.

An investigation conducted by the Indiana State Police following the collision determined that Jonathan Wright did not see 58 year-old Darrell Smith, who was operating his bicycle eastbound in the right lane along the white fog line. Wisely, Darrell Smith was wearing a helmet at the time of the bicycle accident; however, he was not wearing any reflective gear nor does it appear that he was utilizing a lamp and/or reflector, which would only be required by Indiana bicycle law under Indiana Code 9-21-11-9 if he had been riding a half hour before sunset and a half hour after sunrise.

Just because Darrell Smith was not wearing reflective gear and/or utilizing a lamp or reflector as required by Indiana bicycle law, does that mean that Darrell Smith is automatically at-fault in this accident? These are issues that the Indiana bicycle lawyers at Caress Law Group tackle on a regular basis, which is why we advise that it is so important to seek advice from an attorney any time you or a loved one has been injured in a bicycle accident, automobile accident, or any other incident that occurs as the result of another’s negligence. Feel free to Contact Us or call us at 317-255-5400 to discuss any issue with Indiana bicycle accident law or any other Indiana personal injury issue.

We send our deepest thoughts and sympathies to the family of Darrell Smith and the resident of Richmond, Indiana who called Darrell Smith a friend. Darrell Smith appeared to be a great man who clearly enjoyed to travel via his bicycle and was an active member of Hillcrest Baptist Church in Richmond, Indiana. Our message to drivers of automobiles and bicycle riders is the same: share the road, be mindful of your surroundings, and take precautions to avoid accidents.